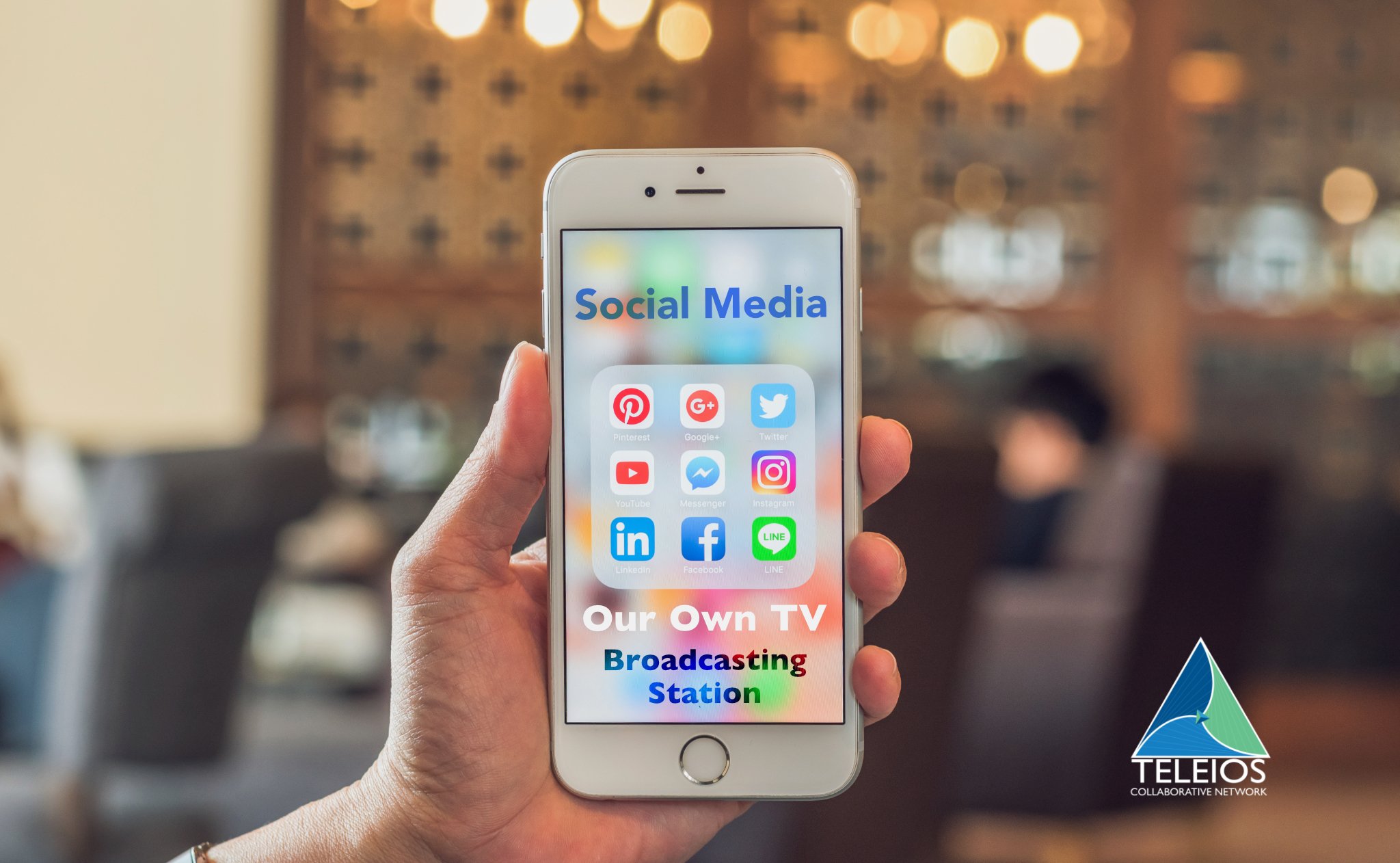 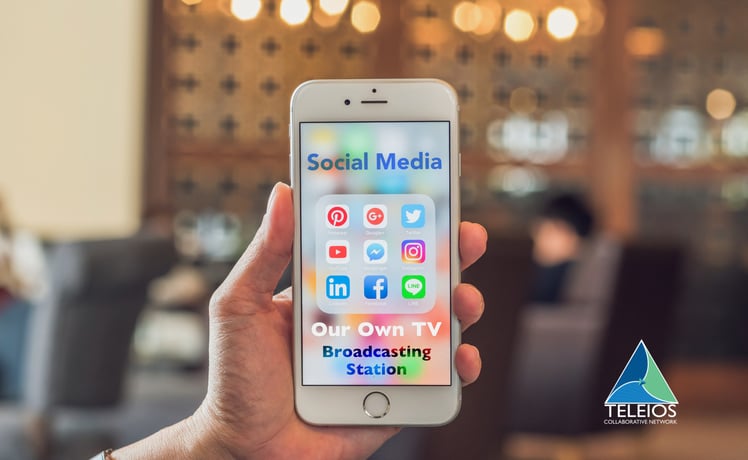 I recently did a webinar on the topic of email: how we use it, and how to use it better.

One of the key points I made was that with the advent of technology usually comes convenience. With convenience often comes thoughtlessness or living life without mindfulness – a way of living that I’ve come to call “screen saver mode”. In many ways, I believe that social media contributes to living life on screen saver mode, a state in which, as individuals, we consume more than we contribute.

I’ll admit that I am a bit of a Luddite when it comes to social media. My main excuse for being a latecomer to using Instagram, Snapchat, Facebook, and, of course, the workplace version: LinkedIn is really because I was not sure I had time to be checking one more thing.

Many of us come to adapting new things due to the younger generation, and, in my case, my kids became the deciding factor in my use of social media and how much I’ve incorporated it into my life. Last year, I created Instagram and Facebook accounts as part of the intrigue and societal norm, and I immediately noticed one factor: when I wanted to relax was usually when I looked at Instagram or Facebook. This prompted me to reflect on how non-value added most of that time was. While I do like seeing friends and family and what is going on in their lives (and with my alma mater’s storied football season I loved seeing LSU Tiger football posts), overall, I was mindlessly partaking and not contributing.

My team at TCN has also been challenging me to be more present on social media this past year. Here are some statistics they shared with me:

The usage of social media around the world is ever-increasing. It is, without a doubt, one of the most popular online activities that users engage in. Social media statistics from 2019 show that there are 3.5 billion social media users worldwide, and this number is only growing. That number equates to about 45% of the current population (Emarsys, 2019).

Facebook has been shaping the social media landscape since its launch and is continually evolving to meet its user’s needs. With over 2.32 billion active monthly users, Facebook remains the most widely used social media platform. Active users are those that have logged into Facebook during the last 30 days. Roughly two-thirds of U.S. adults (68%) now report that they are Facebook users (Pewinternet, 2018).

Social media usage has been broken down by eMarketer and the results by generation are interesting, to say the least. 90.4% of Millennials, 77.5% of Generation X, and 48.2% of Baby Boomers are active social media users (eMarketer, 2019).

In this era, as this data represents, we’re all slowly becoming social media addicts. Whether it’s scrolling down our bottomless Facebook feeds on the subway or posting the perfect brunch photo on Instagram before eating, social media has become almost inescapable, beckoning us to join the societal trend of highlighting elements of our lives for others to see. One social media statistic uncovers that an average of 3 hours are spent per day per person on social networks and messaging (Globalwebindex, 2019).

Although spending time on social media can be viewed as a waste of time, escapism, or even decadence, it is not without its merits and it can serve a greater good. On many social channels there are what is referred to as “influencers.” Social Media Influencers (SMIs) represent a new type of independent third-party endorser who shape audience attitudes through blogs, tweets, and the use of other social media.

I believe passionately in the work we are doing with TCN, and my team helped me see that we can endeavor to influence and serve using our Teleios blog and social media.

At Christmas I posted my first post, but before I posted, I began to think about how I wanted to utilize this platform if I was going to contribute and not just partake. Though I don’t always succeed, I try to be thoughtful and intentional in my life, and I want that to carry over into my use of social media. Before I jumped in, I wrote a guideline for myself for when using social media, which was heavily influenced by my younger sister, Stacey Judice.

Stacey has her own newspaper in Louisiana called Community Chronicles. Her mission is to only share positive and uplifting news of things going on locally in the community. As you can imagine, she has been very successful because it is the antithesis of most news media. I am so proud of her and how she is using this platform to make a difference in several communities in south Louisiana.

Because of Stacey’s influence, I decided that if I am going to post anything it is because I think it will share wisdom or something that will make our lives better. I decided to refrain from personal postings of snapshots of my personal life – not because I harbor judgment toward anyone for doing so, but because of its shadow side: social media allows us to portray a perfect life, when we all know that life is messy. In sharing anything personal, I might update a picture of my family or perhaps pay forward something we’ve found to be a great family thing to do, in the spirit of “I wish someone else would have told me this”.

With that as my guideline, it occurred to me that, in many respects, social media platforms give us our own TV broadcasting station: a platform to produce our very own messaging.

The godfather of broadcast journalism, Edward R. Murrow, once warned his journalistic colleagues, “Just because your voice reaches halfway around the world doesn’t mean you are wiser than when it reached only to the end of the bar.” He would be stunned by social media today, and the trends which he unknowingly predicted when he said that “All media is decadence, escapism, insulation from reality but also can: teach, illuminate and inspire, but only if viewers use it as such”. This wise foresight reinforces the idea that social media can indeed be a waste of time, or it can be a useful tool to build awareness in our brands and communities.

We were all made with a purpose. Something deep within us wants to be seen, wants to be known, and wants to be seen for what we can become – a deep need that few people are truly in touch with. Rather than allowing technology to run my life, I want to endeavor to use the platform in a good way – in a way that helps me and others be better.

My challenge to myself and to you in knowing this information is simple: to be mindful and intentional with our use of social media, understanding the great impact and influence it can have, and to be intentional in linking it to our cause and purpose by becoming influencers rather than simply consumers.

A tool is only as useful as the hands in which it is placed. I believe that, as leaders, we can utilize the tool of social media for the greater good with the right focus and intentionality. 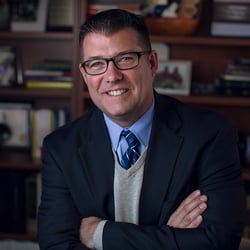 Plan to attend Teleios Collaborative Network's Leadership Immersion Course will be May 11-13, 2020

Download the eBook below and unlock your true self-leadership potential. 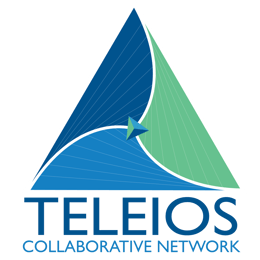 The 4th Fundamental of Every Great Organization System: The Reference System

Years ago, John Maxwell developed leadership lessons which he distributed via CDs. One of the...

The third fundamental of every great organization system: The Intake System

We are in a blog series for what I call the 6 Fundamentals of every great organization system. Our...

The calendar the 1st fundamental of a great organization system.

The calendar the 1st fundamental of a great organization system. In our last blog we mentioned that...